Sounds like it was a brilliant trip. Would like to have come in my Mk 2 Cortina, to give it a bit more Jack realism!

Next year if you do it again, I will!

Well, after a bit of a break I thought it was time I posted my thoughts on the 2017 Get Likely Meet.

The weekend started off, as a lot of them do, with John Steed dropping by and the pair of us going to a few locals for a bit of a drinkathon. A great night that soon went by it was time to get some sleep before setting off early doors for Newcastle Upon Tyne first thing Saturday morning.

We set off at 7.30am for the 200+ mile trip North. Great banter with Steed in the motor all the way ensured the trip went quite quickly for us. Before we knew it, we were driving along the Quayside before parking up at the hotel at 11.30am. Too early to check in so we had a thought.... Let's go to the nearest pub!

Our view as we arrived at the hotel.

We were joined in The Quayside by Del Boy, Dirty Epic, Charles Bronson & Steve Austin and had a decent afternoon session on the ale before heading off into town for an unscripted tour around a few bonus locations.

Soon after we returned to the hotel for a quick wash and brush up before meeting the rest of the lads in the foyer at 6pm - ready to hit the town in style!

First off we found ourselves in an Auf Wiedersehen, Pet boozer - The Bridge Tavern (so called even though the frontage says it is called The Newcastle Arms) That was a great start to the evening session but before long, we found ourselves in the Victoria Comet, the iconic pub featured in Get Carter. I had a pint of Guinness.... in a thin glass which didn't disappoint. Then it was onto another Get Carter Haunt, which sadly is no longer the place it was in 1970. Formerly "Bowers Cafe", it is now a Goth pub called "Gotham Town". While the Guinness was a fair drop, it has to be said that they really do need to invest in an industrial Vax carpet cleaner. It was absolutely manky! We hurried along to the third pub of the evening, which turned out to be a great place. The Bridge Hotel which sits at the exit of The High Level Bridge (of Get Carter Fame). Thanks to the relaxed atmosphere of the place, Sam & I started to sample a selection of single malt Scotch. Thanks to a few of the lads who showed their appreciation by getting us both a few more doubles each, this sampling lark turned into a right old session.

All too quickly the evening was drawing to a close. Not so fast though. Just by chance, we happened to pass a fine Indian Restaurant. Well, I say pass but we didn't actually pass it. Some of us went in! Finishing the evening with a nice curry was a fitting end to day 1 of the Get Likely Meet. And what a day it had been.

Ace reports and photos lads. Really enjoyed reading them
Fantastic then and nows Peter and Micky.

With this meet being the furthest away from our usual Sweeney haunts, it was an inspired decision to make this a weekender.
After the success of last years Windsor Carry On weekender I had no fear that this one wouldn't disappoint. Every last detail
of the weekender was put together by Gene and I happened to know that before a location was even selected, area details
had to be checked to ensure there were no major events that could cause issues. This meet had to slot in around Newcastle
Football home matches and easter bank holiday weekend, so with all that sorted last weekend was the best available date.
I thought being late March it could possibly be a bit grim weather wise, but in the end we had fabulous sunshine.
Cheers Gene.

Saturday ....
The weekend booted off mega early for myself and Dirty as we headed to Heathrow T5 to fly to Newcastle.
I never thought i would fly to a meet so this was a forum first.
The flight was shorter (1hr) than the long ride on the Piccadilly Line to get to the airport (1hr.50) !!!

but it was a great way to arrive.

Dirty Epic after seeing the price of the inflight bar 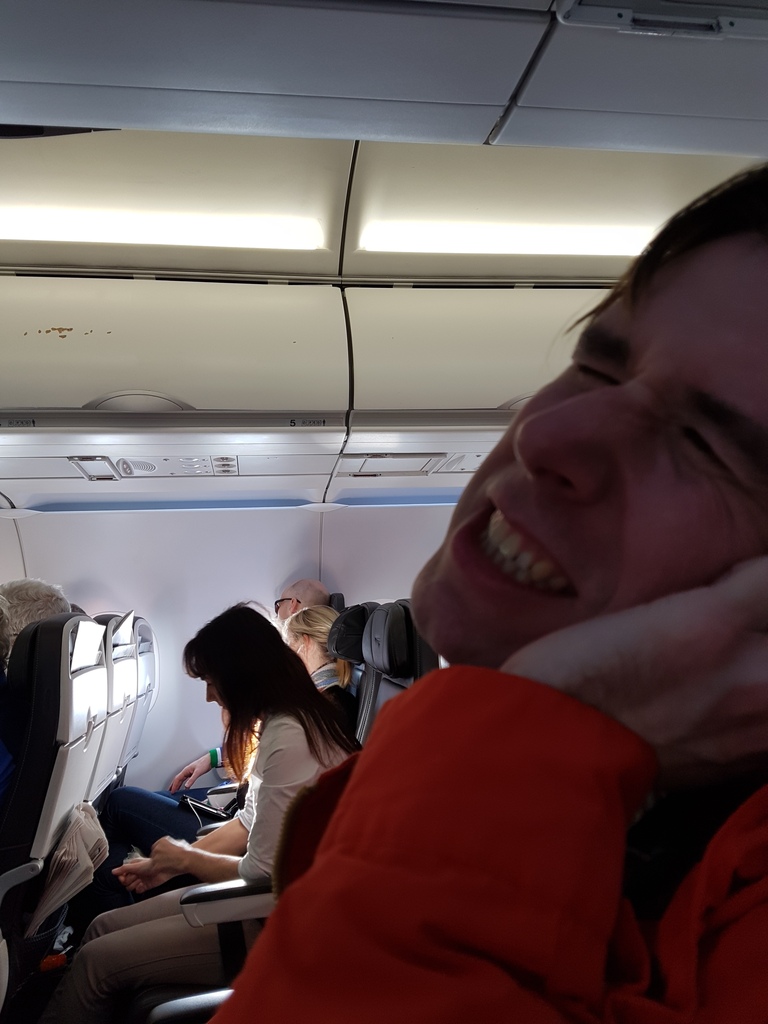 Great Weather in London too. Here's Wembley Stadium shortly after take off 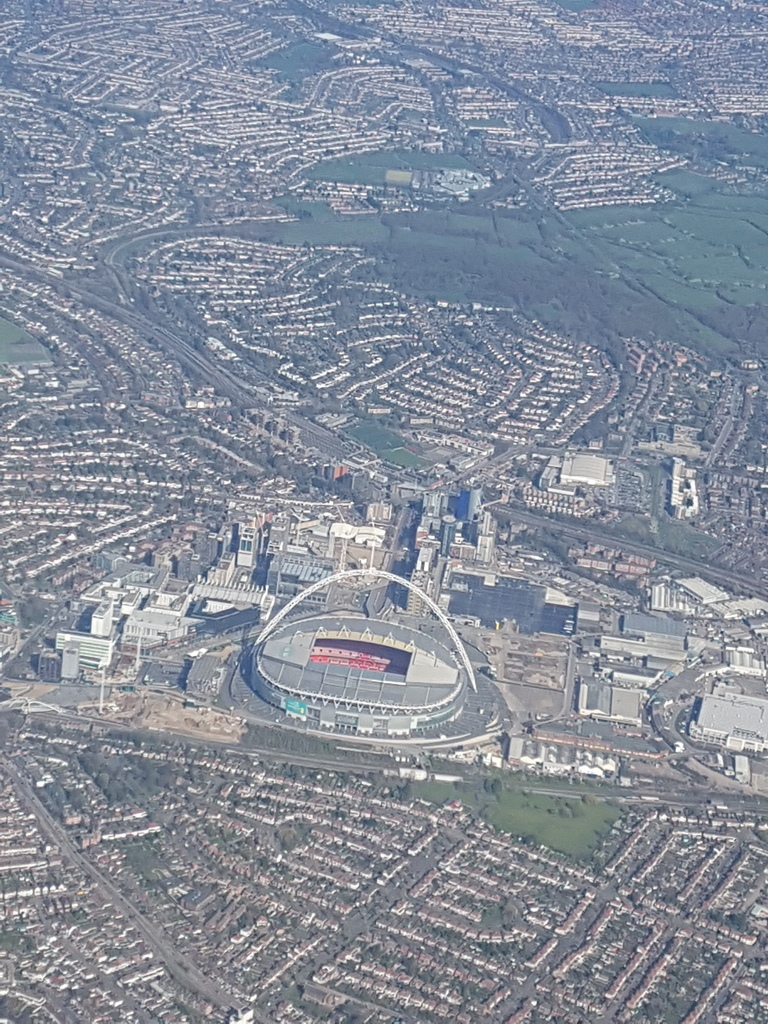 A short trip into toon on the Metro system and the weather was ace at our digs, which was right outside the iconic
Tyne Bridge. As I said in my earlier short post I intended to have a few on saturday evening but with an excellent bar
next to the Tyne and T-Shirt weather that plan fell by the wayside and we got on the local Brown Ale.
Well when in Rome

Dirty Epic on arrival in toon 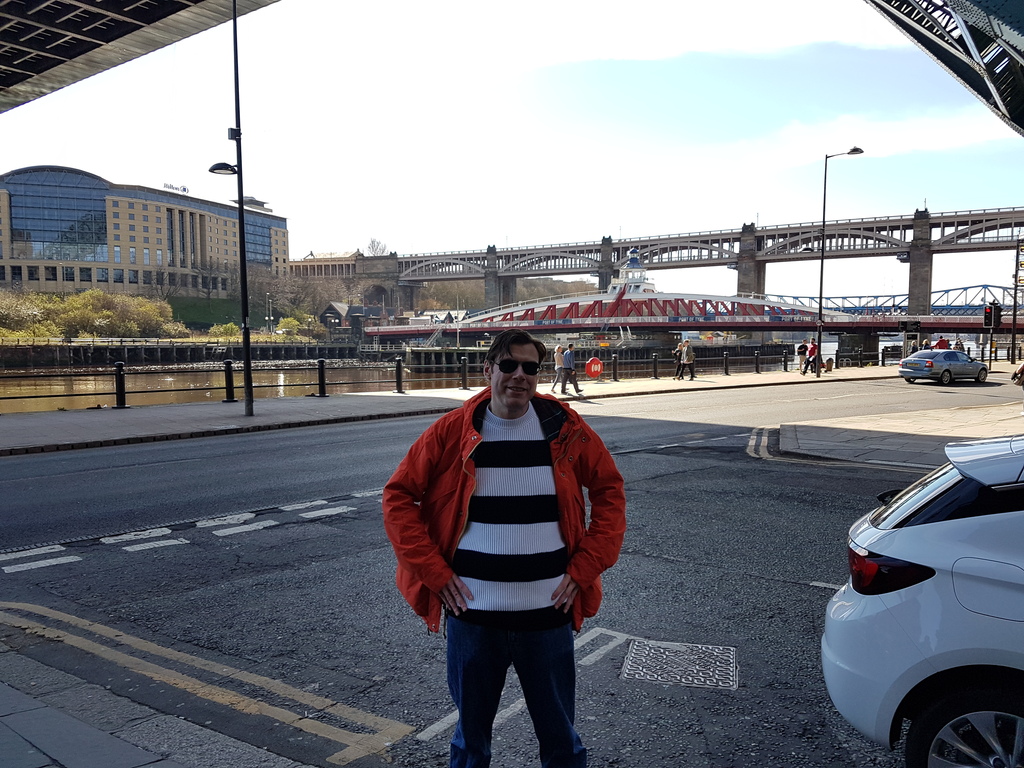 After a couple of jars  Gene took around some of the close by locations around toon. 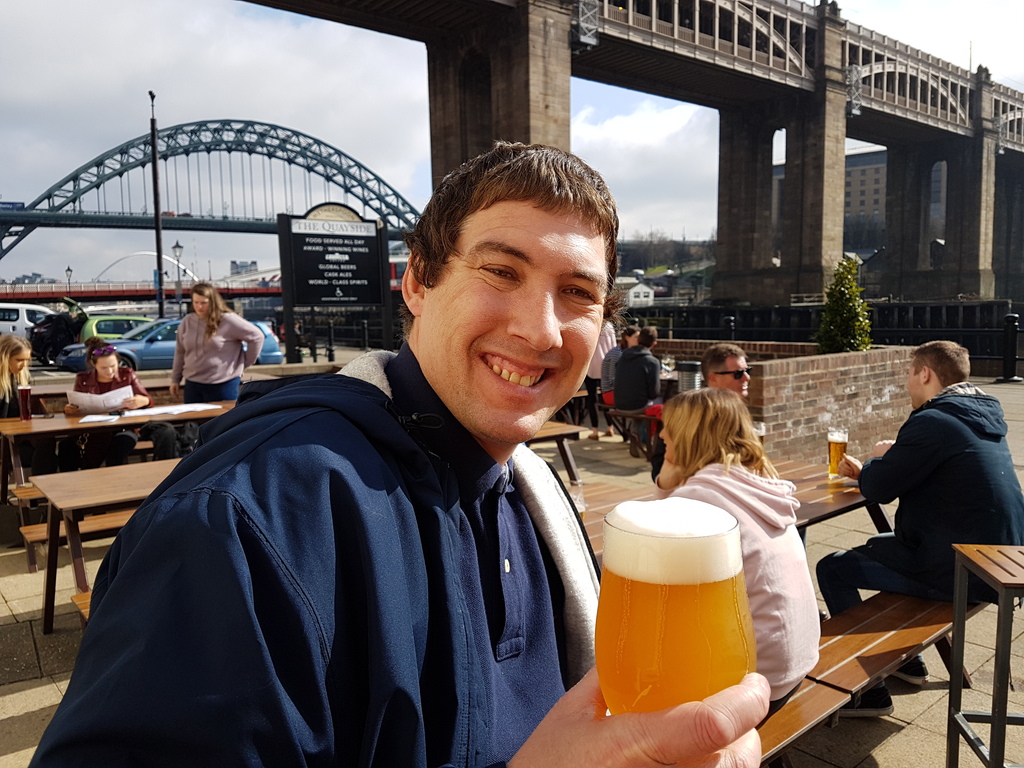 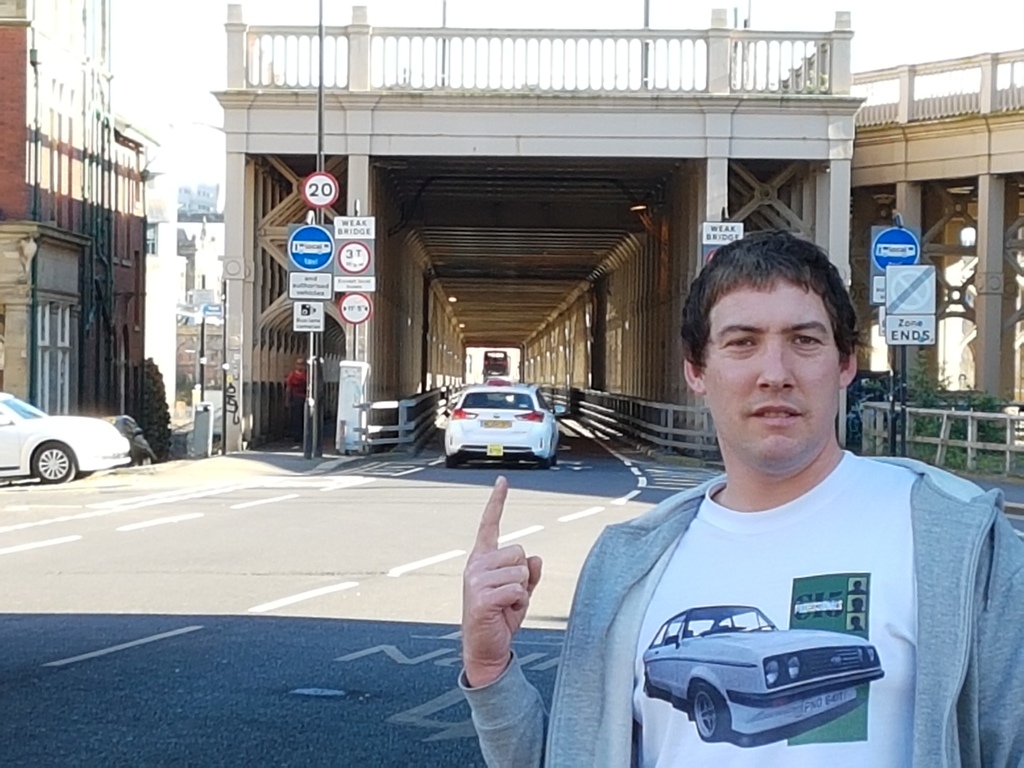 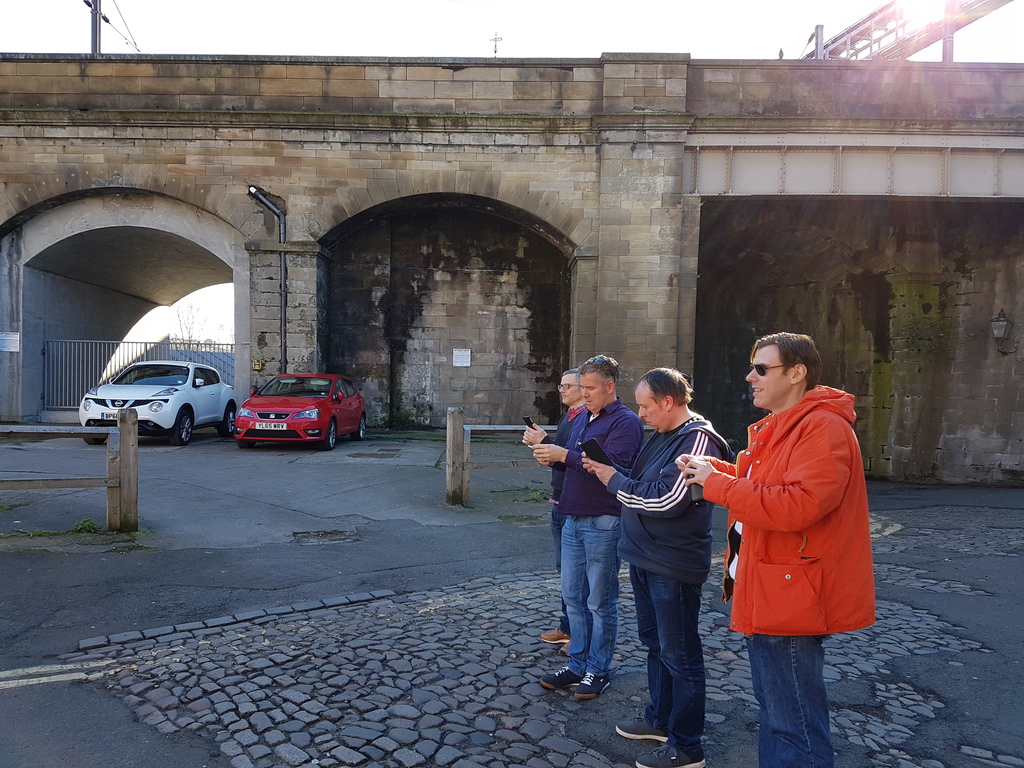 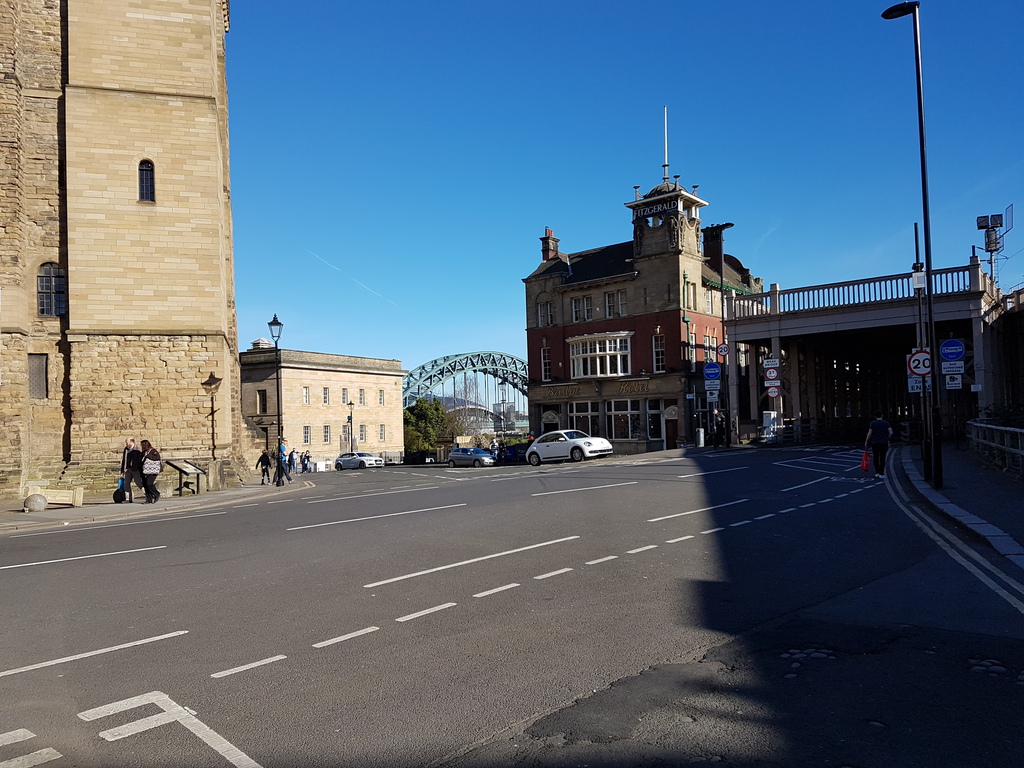 A quick freshen up and time to check out some more locations with drink session number two . 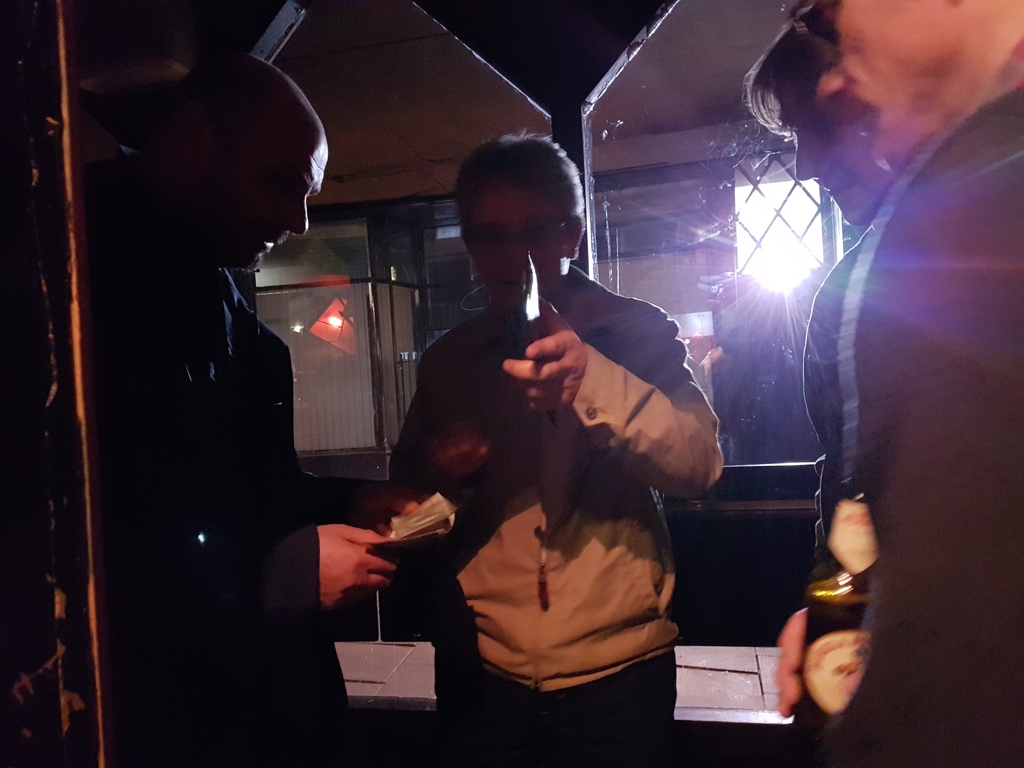