An afternoon with Peter Vaughan

Have a great day tomorrow lads.

Today's the day to see the guvnor Mr Kirby.
I'd better not be drinking a brandy in his presence! The flying glass could injure someone.
It's Lovely Jubbly Init.
An afternoon with Peter Vaughan May 30, 2016 13:57:50 GMT The Saint, Del Boy, and 13 more like this
Quote

Well, what can be said about the day yesterday?

An Afternoon with Peter Vaughan.

A few 4:3tv members and staff met up in London mid morning for a slap up breakfast in Euston before heading off on a bit of a pub crawl. After a fantastic fry up we headed over to Belgravia and dropped into a great little boozer called The Star Tavern, where many moons ago, a few villains got together to formulate a plan. That plan is what we all now know to have been The Great Train Robbery. This pub was also a regular haunt back in the day for famous people such as Diana Dors, Albert Finney & Peter O'Toole.

Yesterday, another burglar was spotted behind the bar. The one and only Saint. 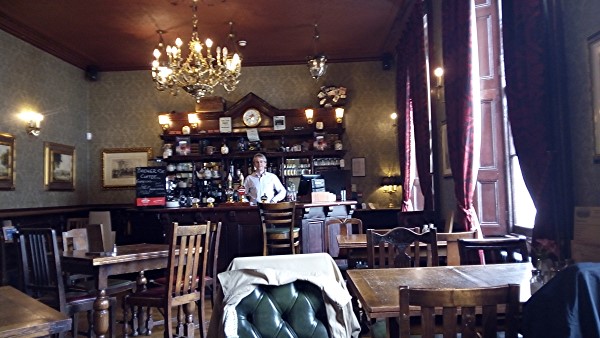 From there we headed over to Kennington on the tube and had a walk up to The Cinema Museum, stopping off for another swift pint in The Old Red Lion, another great old pub.

Then it was onto the Cinema Museum itself. This is a building that many people would not even know existed. Lying hidden away in the back streets between Kennington and Elephant & Castle, this former workhouse building now houses a fantastic and extensive collection of cinema memorabilia. I've never seen such a collection before. It is well worth a visit. Upon entering the building you are met immediately with an original and genuine Granada Cinema sign. 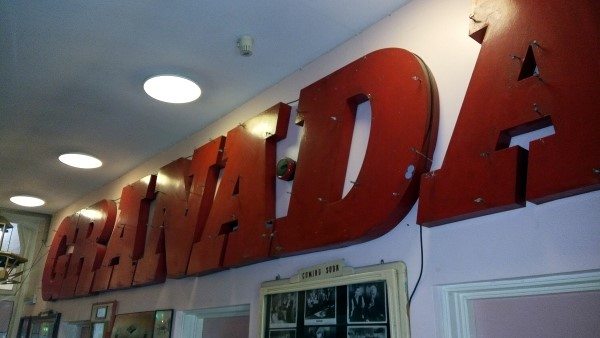 Whilst all this stuff really was fascinating, it isn't really why we were there. We had travelled to see and meet the one and only Mr Peter Vaughan. A man who's appearances in TV & Film is truly remarkable. After starting out in the business aged just 16, Peter Ewart Olm, better known as Peter Vaughan is still working at the age of 93.

This event was open to a very limited number of people and I, along with John Steed, Dirty Epic & The Saint must thank Del Boy for  informing us of the event and sorting out the tickets.

Peter came into the room to a lengthy round of applause and sat with an interviewer on stage to talk briefly about his career. Then it was opened up to the floor to ask him questions. There were some good questions and indeed answers, but as is always the case, one prat who asks such a diverse and unnecessary question which Peter couldn't possibly answer so it was then left to our very own Del Boy to front a 4:3tv related question regarding Peter's time working with John Thaw on The Sweeney.

The event ended with Peter signing copies of his book (which was included in the price of admission) and this was done by forming an orderly queue. It was made clear at this point that Peter would only sign his book. If anyone wanted anything else signed, it would be £10 per signature. I suspect this is nothing at all to do with Peter himself, more as a way of funding the event and donating to the Cinema Museum.

A real gentleman and I am privileged to have met him. The "Genial Harry Grout" is a favourite character of mine. Peter made mention of his time on the Porridge set, reflecting what a wonderful time it was to work with two such wonderful people as Ronnie Barker & Richard Beckinsale. 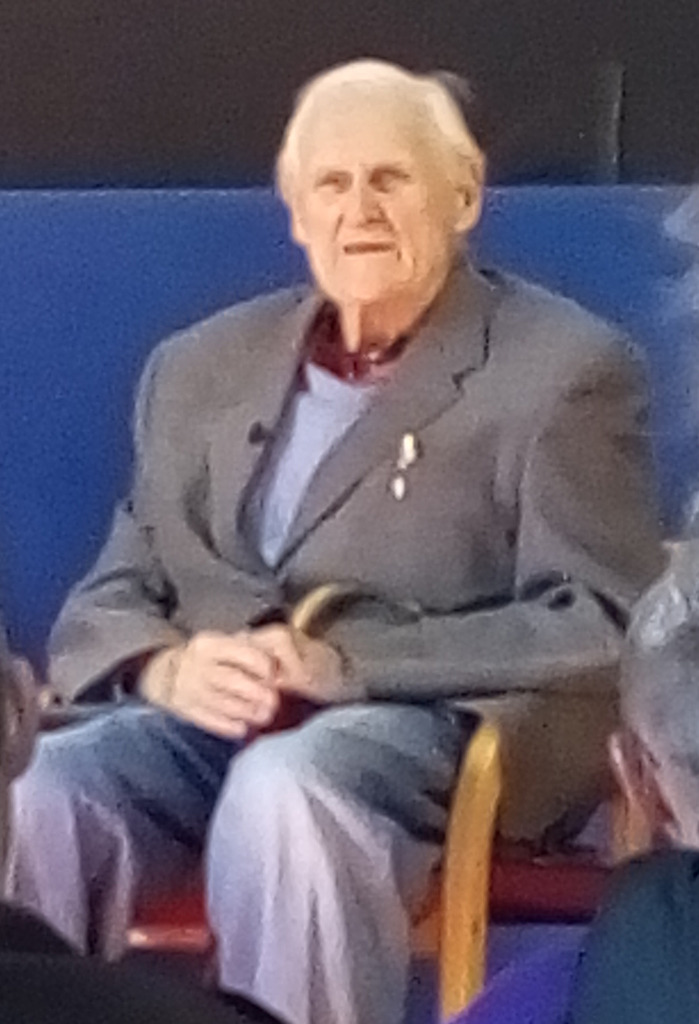 Apologies for the quality of this photo. I had to zoom in considerably and my phone is useless. Note to myself - Gene, take the big camera next time!

After meeting Peter, it was time for another pint so we headed up to The George Inn, Southwark. Not much to say about this place other than it was very popular and very expensive, so it was time to move on.

We ended the day at non other than The Railway Arms, where we had the upstairs lounge to ourselves. A great way to end a great day.

Looks like you had a great day out & well done to Del for asking the Sweeney question & to Gene for filming it. Toby Hadoke could've prompted Peter re the Sweeney episode but I'm not sure whether he's that familiar with the show, then again at 93 you wonder whether Peter would have a clear memory of it in any case.

The £10 per extra autograph seems to be standard policy at most organised events & conventions unfortunately. Must leave a sour taste for fans who bring along dvd's etc. hoping to get them signed.
Do you mind not calling me squire or chief or boyo or mate?
Reply