Sorry I'm late with my impressions of Sunday's Carry On meet in Windsor, no disrespect to this forum intended.

I was a little shattered with the journey back home on Monday, and

I’ve have had a lot to do the last few days.

Anyway, Windsor itself was a nice little town, and it was a refreshing change from the London area, it was great seeing places and locations some of us have never been to before.

I arrived at Euston on Saturday afternoon, got the Victoria Line to Vauxhall, and caught the 15:02 to Windsor, which arrived at about 4pm.

Later on after checking into the Windsor Travelodge, I met up with Windy, Vienna and Dirty Epic for the pre meet booze up in The Horse And Groom. A bit later on, after moving to another Windsor pub we joined up with Gene and some other members of the squad, all in all I think there were about seven of us, which might well be a record for the pre meet Saturday night out.

It was great having Gene with us, and I hope he will be able do it again sometime.


On Sunday morning after a hearty breakfast at the local Wetherspoons, we set off for the short walk to Windsor, Eton and Riverside Railway Station to meet up with the other squad members.


Then at about 10:30 am we set off for our first locations in Maidenhead. The Hospital building had hardly changed at all over the last forty odd years, but it was actually a bit smaller than I'd imagined. I was surprised that the camping goods shop from Carry On Camping where Sid and Bernie went for their gear, was just at the back of Maidenhead Town Hall. It was hard to believe that we were standing in the same places were the Carry On team had stood and worked on their films several decades ago.


Then we travelled onto Pinewood Green to see the various houses, which were used in quite a few of the series, including Camping and Convenience.

The rear entrance to Pinewood Studios which was used in Carry on Screaming, for the entrance to Kenneth Williams and Fenella Fielding's house was only a very short walk from Pinewood Green. (Carry On Screaming is actually my favourite Carry On film.)

After we arrived back in Windsor and had our lunch break, there were still lots more locations to see as we walked around the town. In fact we had locations galore last Sunday.

By the way, I was reading recently, that the famous policeman's chase scene from the Norman Wisdom film "On The Beat" was filmed in Windsor, pretty close to where we were walking the other day, but I'm sure Gene knows that.

Later on at The Royal Oak, I really enjoyed my Sunday roast. The service was very good, the staff were very friendly and polite. When I had to wait a while for a coffee the lady who served me said it was "On the house."


Before I left Windsor the next day I went to have a look at nearby Eton College, which was about fifteen minutes walk from the railway station. I thought it was very impressive.


When I arrived in London, after the first leg of my trip back home, I got off the train at Waterloo, and walked to the nearby National film Theatre and had a little look around, before getting the bus to Euston Station for my 13:07 train home.


I want to thank Athene Noctua for driving me about all day, and I wish her well in her new job. Also thanks to the Saint for navigating us around, you were both great company.

If it were not for the drivers of course, these events wouldn’t be possible,

A huge thank you to Gene for arranging this meet. Also to Sam for his travel updates and sorting out the meals at The Royal Oak. Also, thank you Del Boy for keeping us posted on the weather forecasts for the day.

I hope you lads enjoyed it as much as the rest of us.

I am very much anticipating the next meet, and hope to be present all being well.

The squad check out Long Hampton Hospital from Carry On Doctor. 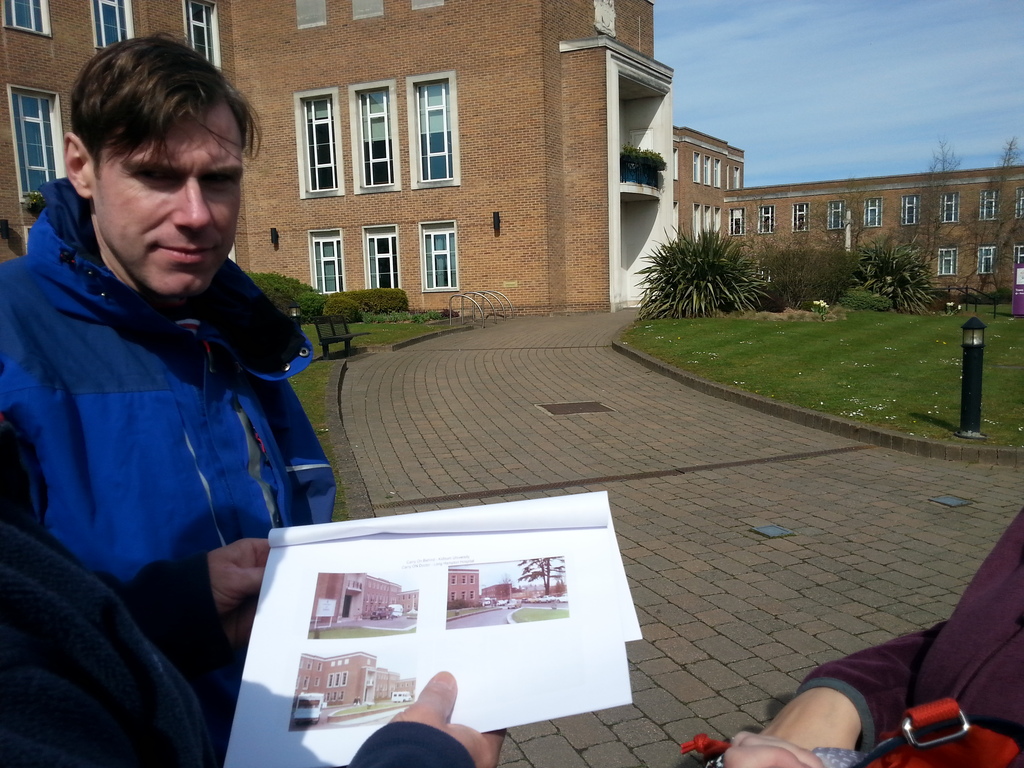 Just up the road was Courts camping shop from Carry On Camping.
Then and Now 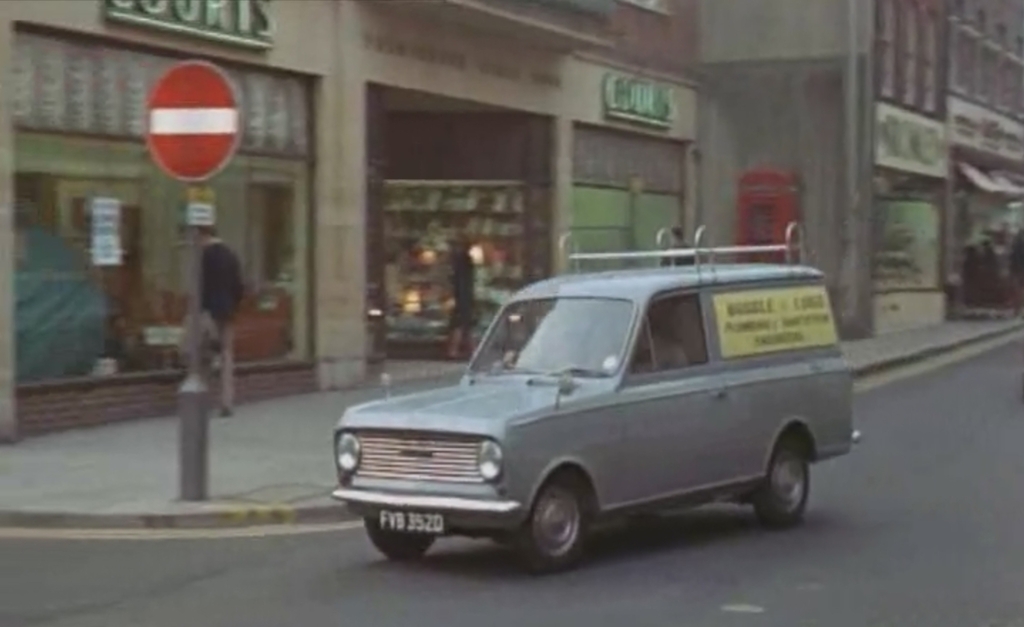 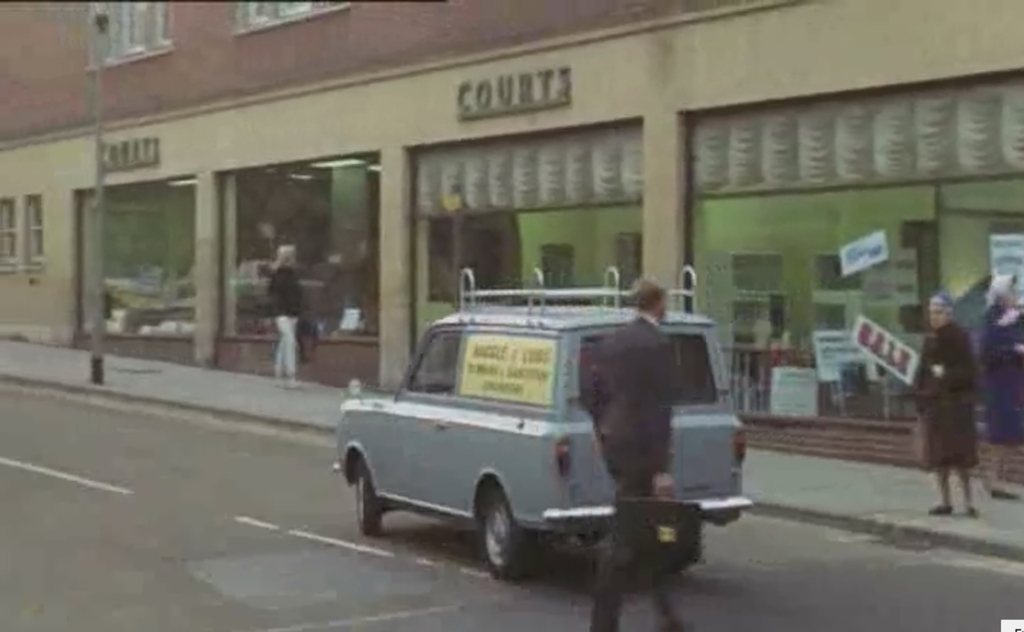 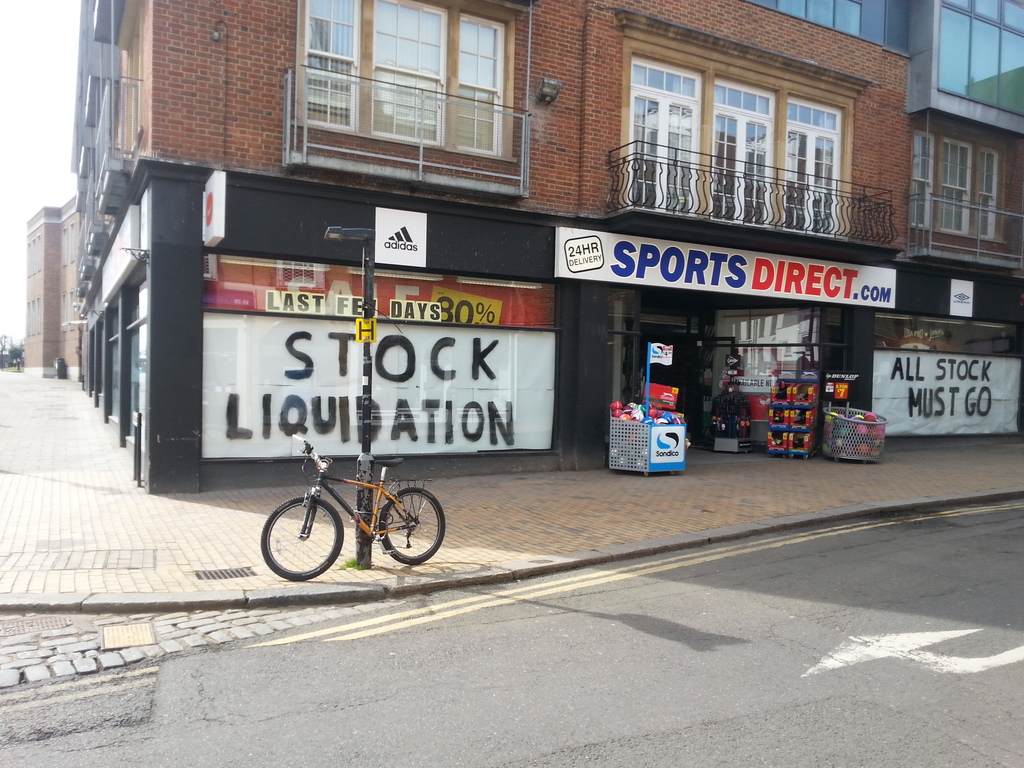 Still with Carry on Camping , Sid And Bernie call to collect Joan and Andrea from Mrs Fussey's .

As Carter said as we drove back from taking a photo of the phone box we noticed the owner in the garden so we asked permission to take the photo of Now's Derek Bresslaw by the door as per the film.
The owner told us he had been there since Carry On at Your Convenience
and remembers filming with the road being closed off etc. He said several of the cast were great to chat with between takes while the odd one or two were a bit difficult. 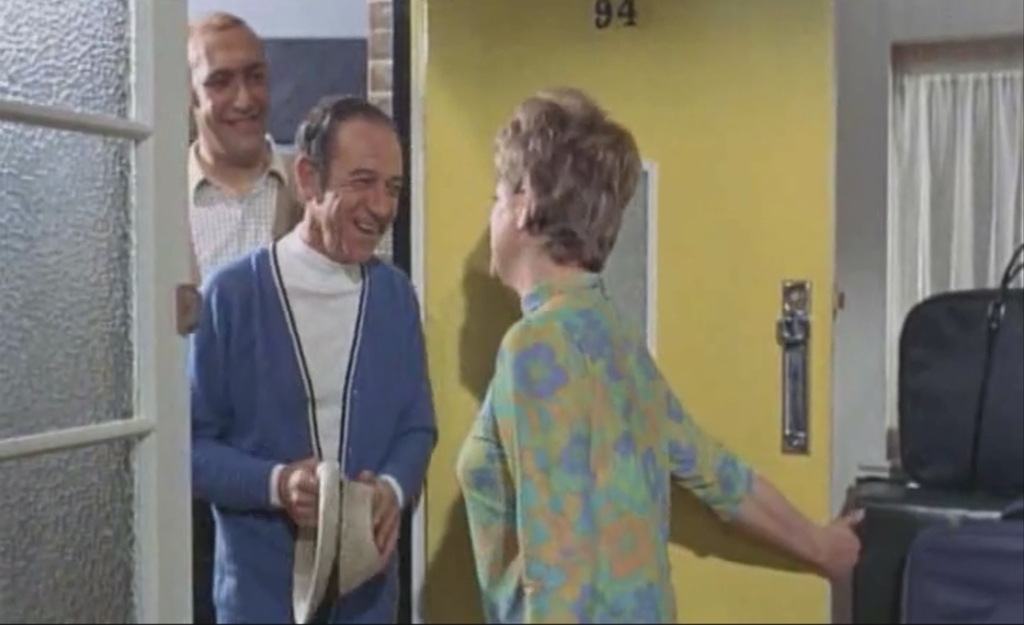 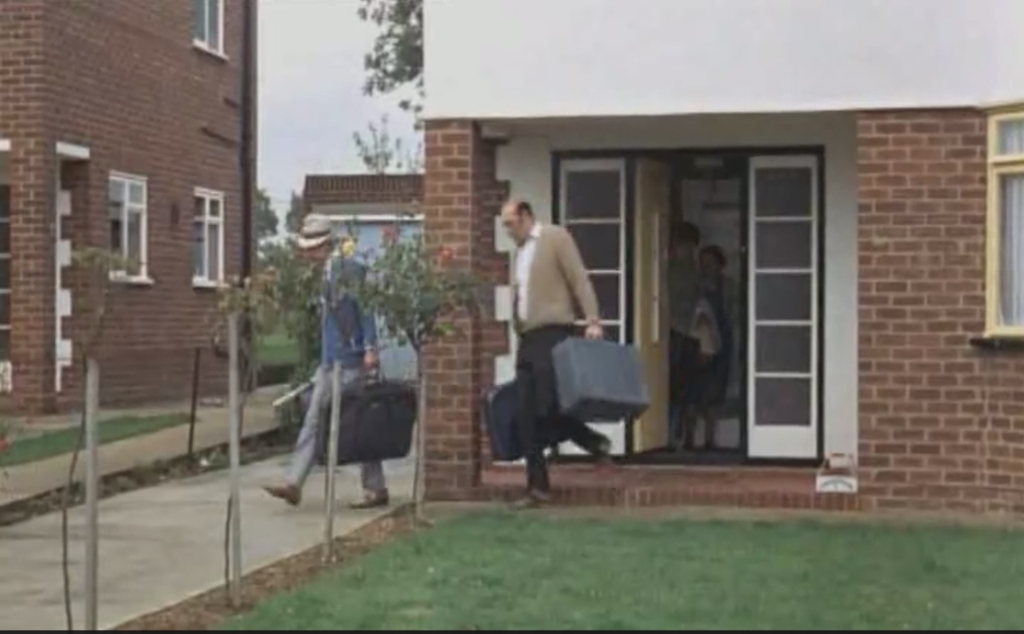 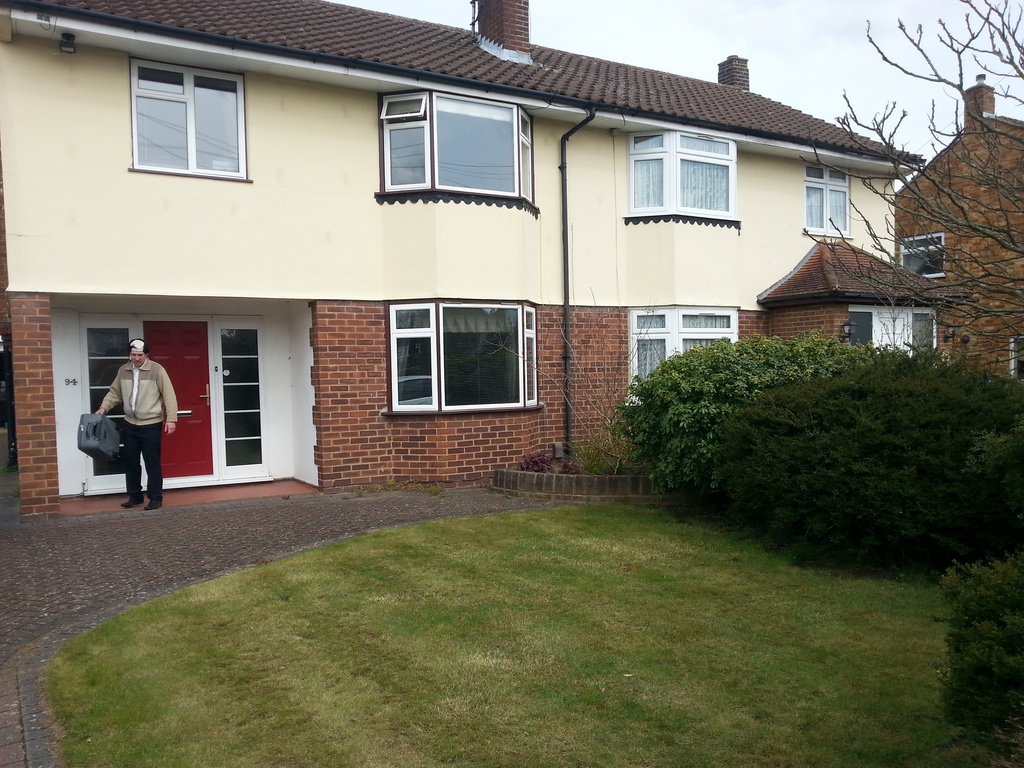 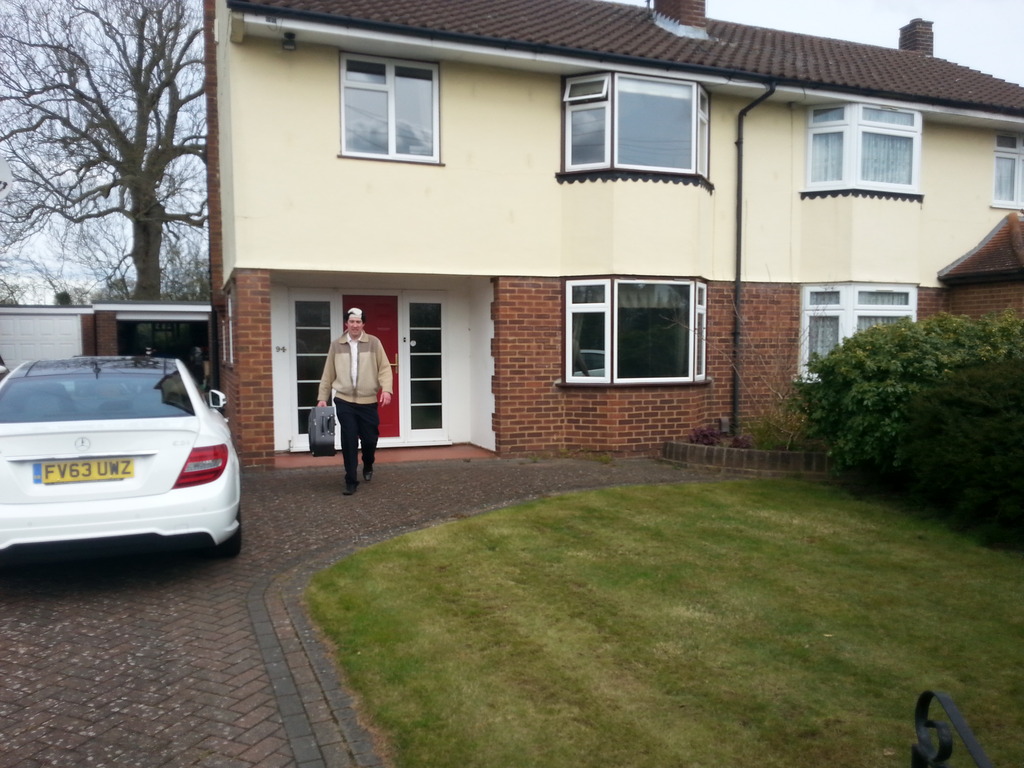 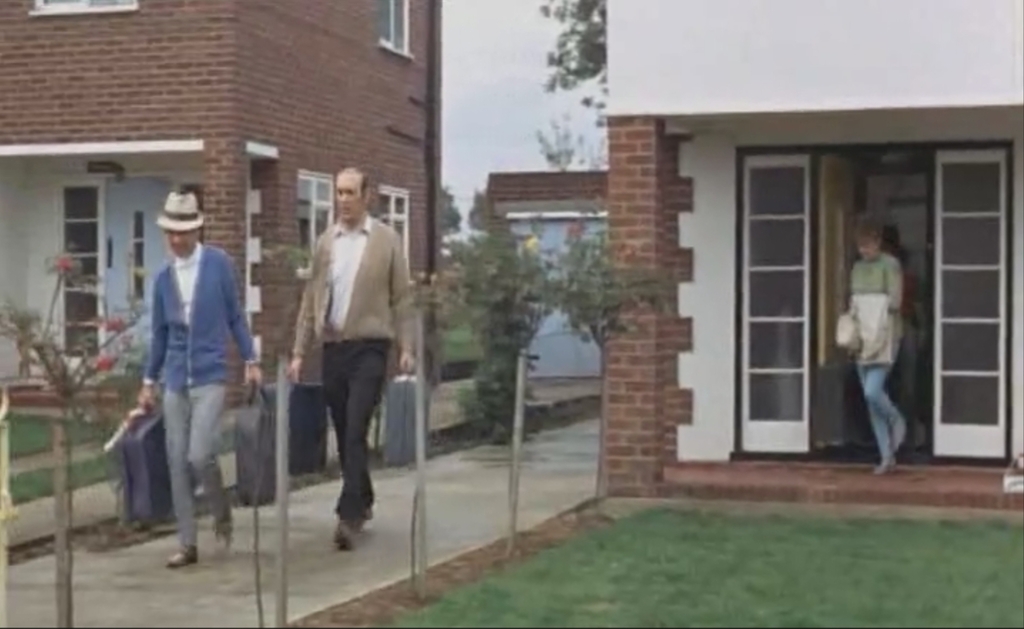 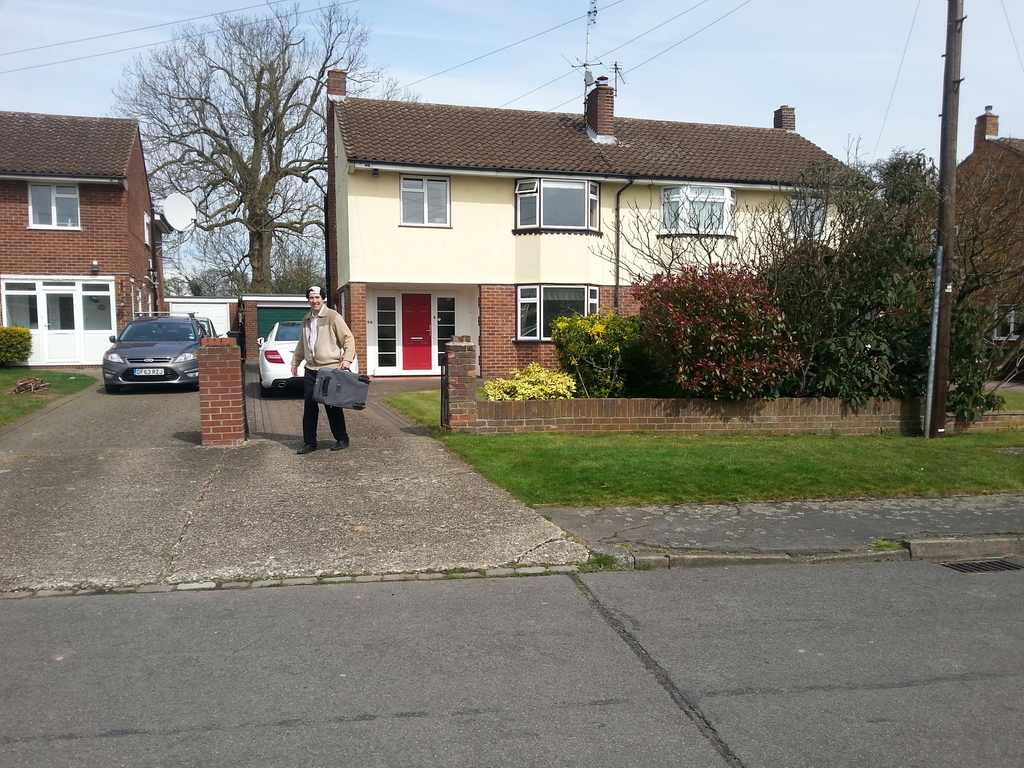 Then and now
Dirty Epic steps into Mrs Fussey's shoes 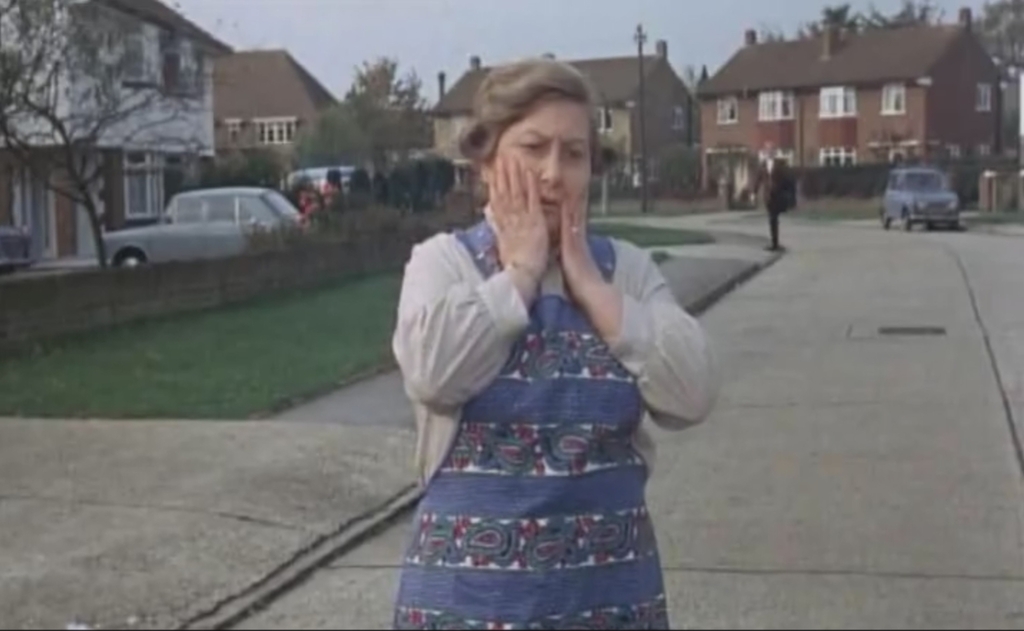 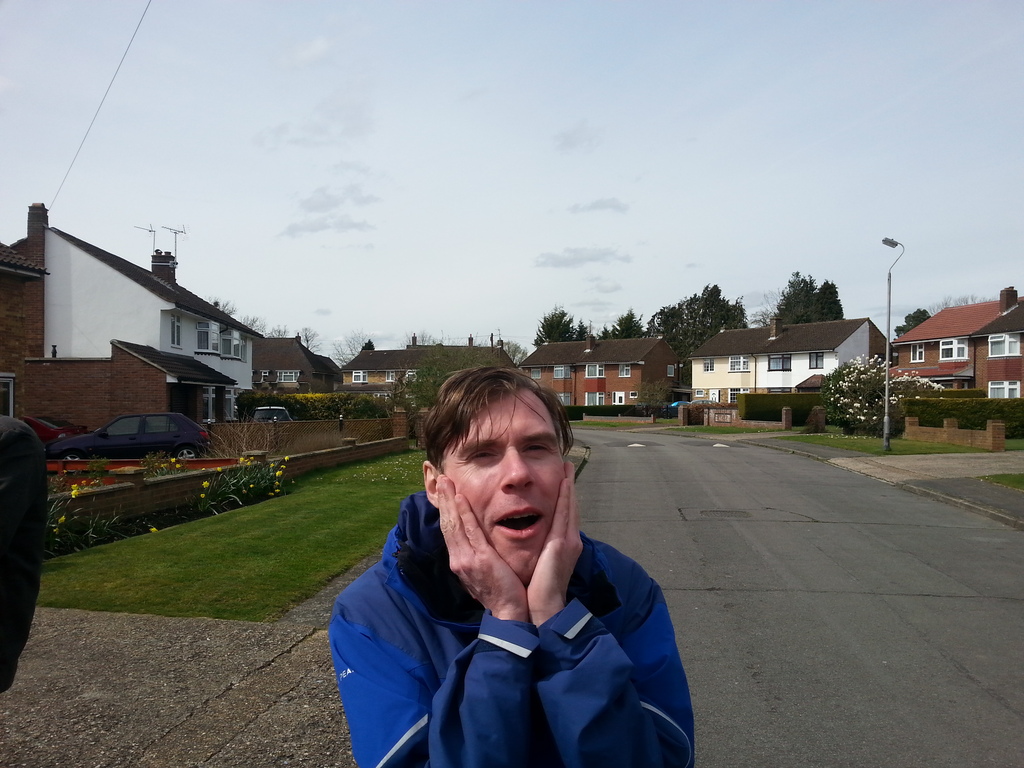 Just a stone's throw up the road amazed to see the red phone box is still there, which in a suburban area is rare these days. Seems to be on its last legs so bet it won't be there much longer.
Then
Sid and Bernie drive past and pull up to Mrs Fussey's 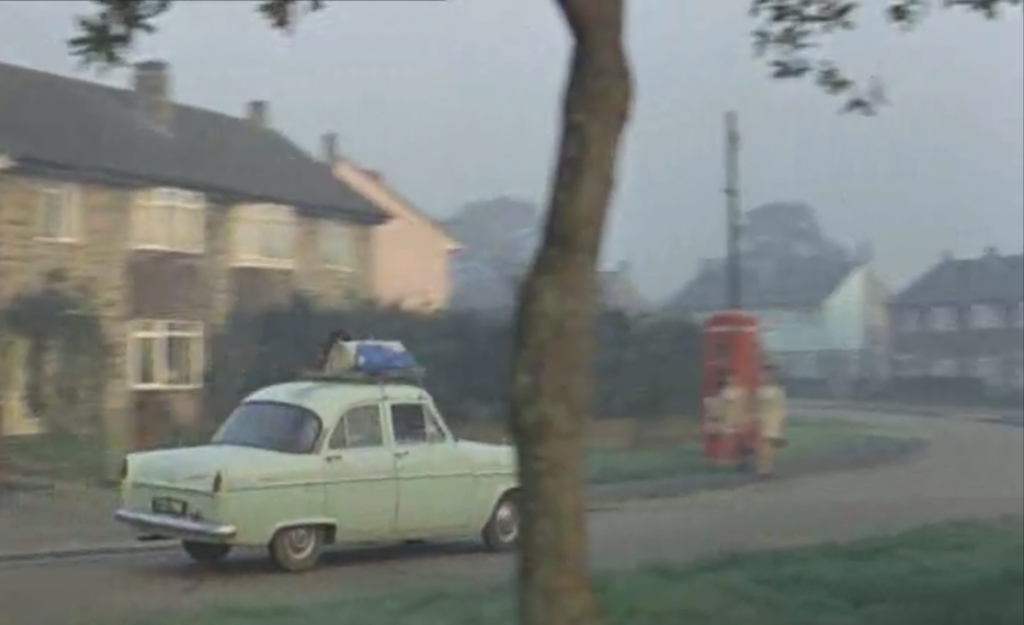 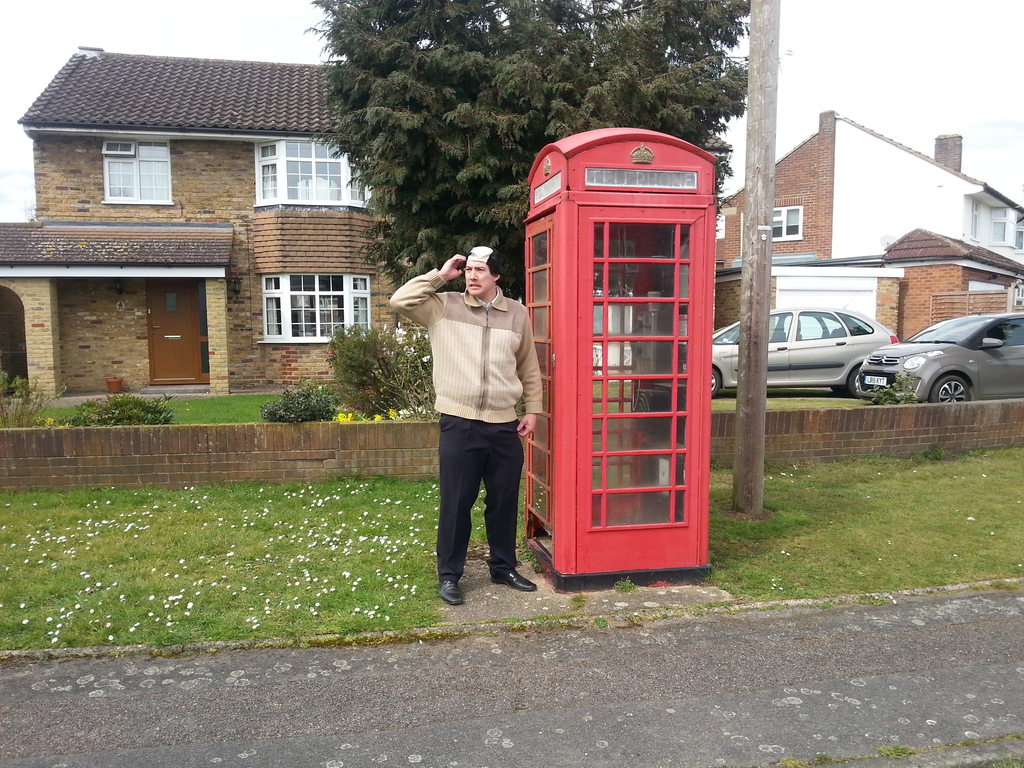 The gates from Carry On Screaming
Derek Bresslaw pulls the plonker 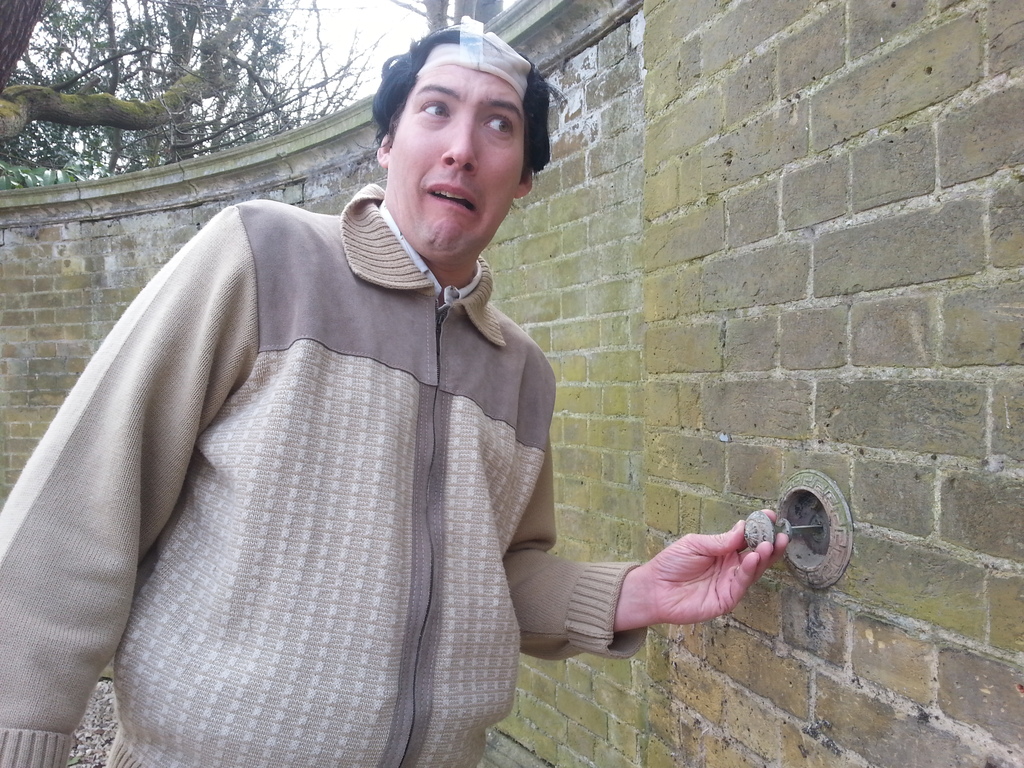 Not a location but  how carry on is this sign. Ooooh Matron 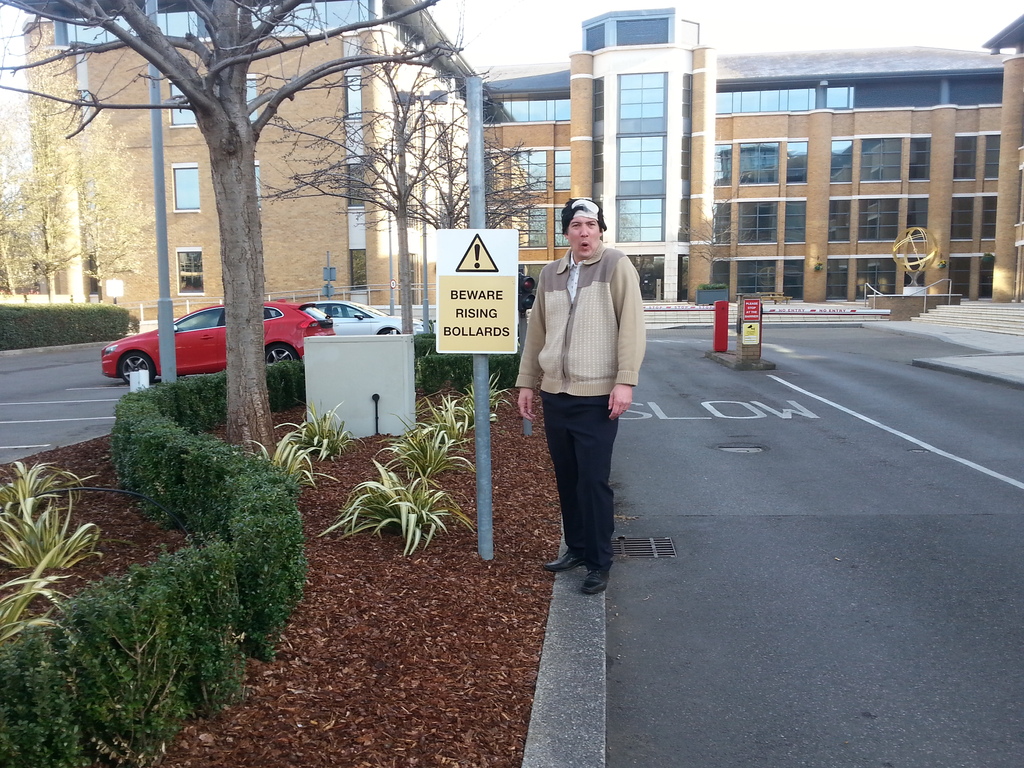 ....one of my favourite Meets to date.

....It was good to hear throughout the day people commenting on how we'd all become good friends thanks to the Meets, and also pledging their continued support for ALL future events

....next time around it could be a Sweeney Meet, but it could also be a Steptoe & Son Meet, a Man About The House Meet, Auf Wiedersehen Pet Meet, Get Carter Meet, On The Buses Meet or a Life On Mars Meet. That's the beauty of 4:3tv. We have so many options now that I can see these Meets continuing for many years to come.

I think we can all say that our first non-Sweeney meet was an absolute triumph!

I am sure I speak for everyone who attended by saying that I am looking forward to the next meet - irrespective of what the theme of the meet is!