Finally managed to catch up with the episodes.
In short wasn't too impressed - though did enjoy the fact a couple of the episodes featured most of it's acts in the studio - performing live.
"Hue & Cry" and "Texas" gave some good performances.
Loved to see Sam Brown, Simple Minds too and the Dusty Springfield track from "Scandal". I'd forgotten about that one!
Sadly, we are still plodding through that crossover of music from the underground Rave Scene - where everyone had a Sampler and wasn't afraid to use it.  Only to fill it with endless loops of "Woo - Yeah" and Police Sirens.....

Frightened by Horror Films? - Just remember, BEHIND the camera stand even more horrifying individuals moaning about the Catering food, the hours they work and quoting Union Rules... that's just the Electricians.
Top of the Pops 1989 Mar 3, 2020 21:44:00 GMT Vienna, Steve Austin, and 3 more like this
Quote

Caught up with a few of these recently and some good, some bad have featured on these 1989 repeats.

Good to see New Order's Round and Round get a performance and again unlike most other acts on TOTP back then played near enough live too. Not quite as E'd up as their '88 performance of Fine Time but they're certainly not quite instep with the pop world back then eh.

Still they (the band) were right that Vanishing Point should have been the next single rather than Factory going for this and if Factory hadn't done a limited release of Run a few months later they may have had more chart action in '89 than what we got here. Yes I'm a biased fan but they were at their best here then they and Factory sort of imploded after this.

Coldcut's track with Lisa Stansfield was/is a good one too could certainly still play that one out these days. I wasn't too fussed with Lisa's solo career but a few decent outings a few duff ones but certainly worse than that around. Likewise the same with Soul II Soul too those first tracks they did were spot on and again they did a few decent outings in the '90's with some duff ones too. A more unique track I liked from that peroid too which was good too see was Fine Young Cannibals Good Thing just works well and isn't like anything else around back then too. Deserved to have been a bigger hit IMO.

Decent-ish Dance outings from Adeva, Ten City, Kon Kan and Cookie Crew too. Tyree's Turn up the Bass too wasn't too bad but there was then a glut of pretty poor Hip House tracks in '89 with that Woo/Yeah sample in them when the pop scene jumped on the bandwagon and sampled the same stuff with no real progression until say 808 State, The Shamen and Orbital started appearing on the scene in late '89/'90.

Now we get the bad.

The Reynolds Girls was S/A/W attempt at jumping on the House bandwagon and not that good a one either. Sadly S/A/W weren't the only pop acts/producers to do this a for a few years a lot of p*** poor Dance tracks charted at the expense of the good stuff around mainly to ensure the major labels didn't miss the boat on this.

More S/A/W dross from the face's for radio Pat n Mick (sic) too who the hell bought that?

Another bad one was Holly Johnson's Americano's too. Was this really the same frontman who shocked and awed with Relax and Two Tribes?

Doesn't work as a ironic take on pop/America and just sounds shit IMO shame as Love Train and Atomic City were okay-ish if perhaps forgettable in comparison to FGTH.

Madonna's Like a Prayer was a bit pony too. Not bothered about the controversy of the track/video at that time but just full of... IMO all pious and self seeking publicity if you look into it more closely I suppose. U2's Rattle and Hum era didn't do anything for me either and was interesting they'd jump on the Dance/electronica bandwagon a few years later with Actung Baby/Zooropa too. The BB King track here just feels like a plodder not really adding anything new to the legacy of either artist.

Never really liked Bangles Eternal Flame eirher just feels like a dirge for me suppose they have their fans but they never really done anything for me as a band/act to like or hate.

Possibly the blandest #1 the year was Jason Donovan's Broken Heart's outing here and all the contrived S/A/W elements are here too... sugar coated video with a storyline, music and lyrics by numbers and milking the (soap opera) cash cow too.

Yes can understand why it made it to the top spot back then but still doesn't make you wonder why...

Worse would come from Jase (sic) with Sealed With A Kiss etc. Bad and I don't mean Big Audio Dynamite either. :lol:

Still inspite of all rhis I've been enjoying these repeats generally and like every TOTP from down the years therevis good stuff and bad stuff and you always unearth a gem or too in the rough too.

Here's the link for the next few weeks too.

Thanks Mr Epic - always a treat to read your musings
I've lost a lot of my motivation for these 1989 TOTPs - they're almost all dreck
Still it's worth skipping through what's on iPlayer for odd nugget that lurks in there
The Mindwarp Pavilion
Top of the Pops 1989 Mar 4, 2020 11:54:27 GMT Dirty Epic likes this
Quote 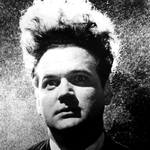 Mar 4, 2020 11:44:19 GMT Lord Emsworth said:
Thanks Mr Epic - always a treat to read your musings
I've lost a lot of my motivation for these 1989 TOTPs - they're almost all dreck
Still it's worth skipping through what's on iPlayer for odd nugget that lurks in there
Having said that ^ I have just rediscovered the joys of Bomb The Bass - and actually gone back and acquired albums I didn't have - thanks to these reruns, so perhaps I'm being a bit harsh
The Mindwarp Pavilion
Reply